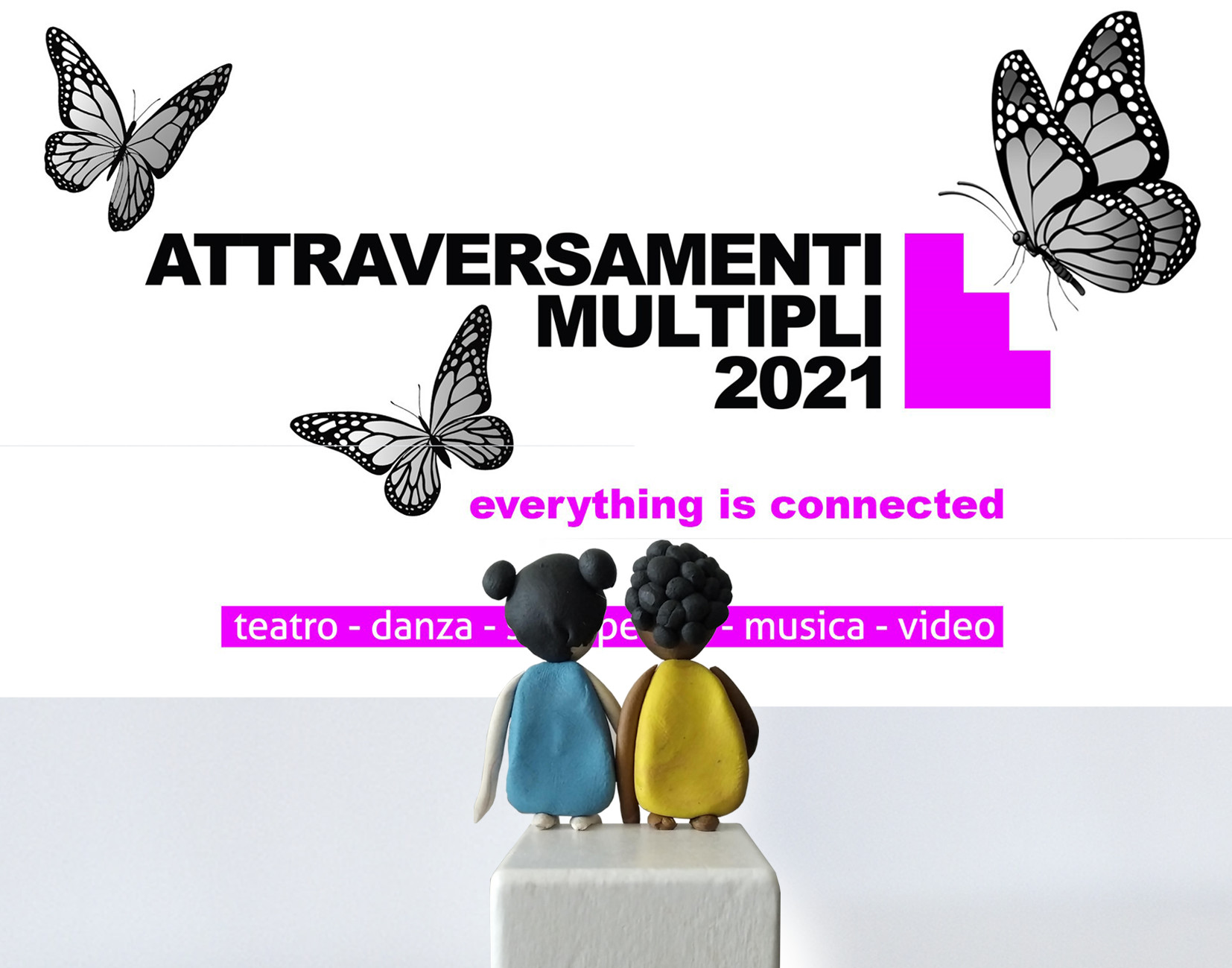 – Reflecting on the black female spectator/cinema relationship, I remember that as a child I was punished for staring, for those shameless, intense, direct stares children cast at adults, stares perceived as aggressive, as resistance acts, as challenges to authority. In my life the stare has always had a political connotation. […]
By displaying our daring to stare, we would boldly declare: ‘I won’t just stare, I want my stare to change the world’. –
from A confrontational stare: the black spectator in In Praise of the Margin by bell hooks.

This year, in order to attempt to portray our city and surrounding environment through Multiple Crossings festival, we are getting inspired by bell hooks.

We are going to be present every day in Largo Spartaco with our Meticcia editorial staff, which is also part of our research project involving five intercultural editorial teams who are going to work this year in Belgium, Cyprus, Germany and Sweden for the European project Literacy Act. 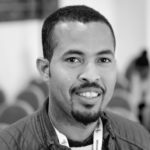 Born and raised in Mogadishu, he has been living in Rome since 2008. He has collaborated with the Migrant Memories Archive (AMM) since 2012. He shot one of the episodes of the film Benvenuti in Italia “Dadir”. In 2012 he shot the short movie “To whom it may concern”, a documentary about his come-back in Lampedusa. This documentary was selected for the House of European History of the European Parliament in Brussels. 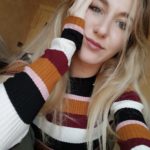 I have been interested in theatre and art since I was a child. The encounter with Dominio Pubblico gave me the opportunity to get to know the organisational side of a Festival, to document it, and to discover the energy of young artists like me.

I am always interested in collaborating to get to know and explore new situations, constantly seeking new goals and challenges. I still don’t know what the future holds for me, I am always looking for new ideas and perspectives. 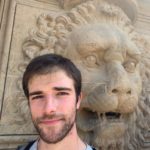 GABRIELE LATTANZI
Graduated in Modern Literature, he works with a publisher and has been bouncing around in various editorial teams.   In his own town, he acted in a small company until the age of eighteen, then the company got off stage and started to set it up and take it down for other companies: hence the establishment of the Marcellina Independent Festival. He took part in the Public Domain project in 2020 and 2021. It was through them that he got to know Asinitas and the REdazione Meticcia. As of this moment, he is 22 years old and a student of modern philology. 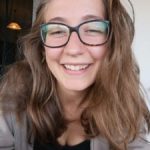 CHIARA CECCHINI
Hi, I’m Chiara, I’m 21 years old. I’m graduating in Literature and Foreign Languages; I have to say that I like my subject but I’m also likely to find myself peeking at other classes. I love reading, walking and theatre. Following a workshop with the FACT:Fort Apache Cinema and Theatre company, made up of former convicts and non-cons, I discovered social theatre. I am in my second year of a mixed community theatre workshop with migrants and non-migrants with Asinitas, and I also started teaching Italian as a second language. 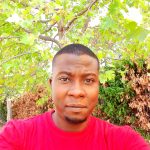 ALI JUBRAN
My name is Ali Gibran, I was born on 01/12/1995 in Libya, where I studied economics, I work in building, I left Libya in 2019 and moved to Italy in 2020. I studied Italian and participated in the community theatre workshop with Asinitas. 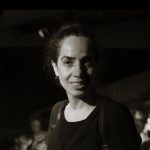 ZARA KIAN
She is 40 years old, she has been living in Italy for 3 years. She comes from Iran. In Iran she studied psychology and handicrafts. She has worked as an educator for orphan children. She is currently a student at Asinitas school. 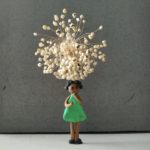 GIULIA LANNUTTI
Born in Abruzzo almost 30 years ago, she has lived in Rome for the last ten years. She moved to Rome to study literature and then decided to stay, although she has spent occasional periods abroad. During the last year, she took an internship at the Asinitas Italian school for foreigners, a highly enriching experience both from an intellectual and human point of view. She has recently discovered a new fascination for clay modelling and enjoys making small creations through which she tells very short stories- Instagram: https://www.instagram.com/es.pongo/ 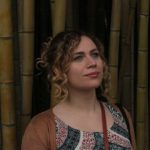 AURORA LEONE
I have always tried to nurture and support my artistic and humane side; in 2019 I graduated in Cultural Heritage and I am currently attending the Master of Theatre, Cinema, Dance and Digital Arts. Through my studies I got to know the world of cultural events organisation, which I immediately felt was my calling, which was confirmed by my encounter and experience with Dominio Pubblico. Over the years, I have also kept alive my passion for cinema and theatre by attending theatre workshops and approaching the craft of film-making.

In my life as well as in my work I look for constant change to keep me open to new experiences, people, cultures and worlds that I do not know, which in turn allow me to better understand and live my own life. 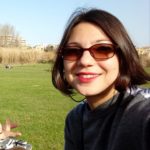 ORNELLA MAGGIULLI
She was born in Brindisi where she studied biology and human evolution to fulfil her desire to understand how things work. Having failed to do so despite a doctorate and a National Geographic grant, she seeks to explore the world through collaborations with cultural associations (Associazione Parada Romania), informal activities of science divulgation and teaching Italian to foreigners (Festival della Scienza in Genoa, European Voluntary Service) as well as by walking and cycling around Rome neighbourhoods. She has experimented with theatrical expression techniques in Tony Allotta’s workshop “La Smarginatura” and draws using whatever she has at hand when she feels like it. 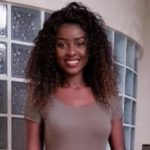 NAIVA MBONGOBOU
My name is Naïva Mbongobou, I am 27 years old and I am from Congo. I studied administration and human resources management in Congo. I have been living in Italy for almost a year now: I am learning the Italian language at the ASINITAS association. I am working as a cook and I am passionate about dance and I have been involved in some theatre in Rome. I like cooking and walking. 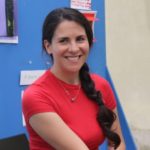 FEDERICA MEZZA
I was born and raised in Rome. My studies began with a degree in Literature and a master’s degree in Publishing and Journalism. I currently work as an Italian as a foreign language teacher at the Asinitas Association, both in mixed and women-only classes. In recent years I have had the opportunity to perform on stage thanks to various theatre projects in which I have participated. I am very fond of traditional dances, especially those from southern Italy, such as the pizzica, tammurriata and tarantelle. Another major passion of mine is drawing and picture books, which I often use in class as a teaching tool. I dream of being able to produce my own picture book someday. 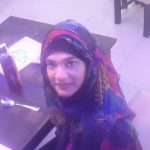 PRITY NAHER
I’m Prity, I’m 23 years old, I’m from Bangladesh, I’ve been living in Italy for 2 years and 6 months, I’m working as a baby sitter and I’m studying at an online university called Open University, in London. In Bangladesh in school in every year curriculum we have arts, singing and dancing. I used to dance at school when I was a child. 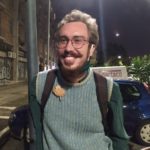 JACK SPITTLE
Jack was born in 1989 in Chicago. As a boy he worked for many years in an Italian-American grocery store and, intrigued by Italy, he decided to spend a year in Rome to attend university. Here he discovered, among other things, a city not shaped like a chessboard and a grocery store on his doorstep that was much better than the one where he had worked. From urban planning and food he moved on to language and literature, eventually becoming a translator, and from that to speech, joining in 2015 Radio Ghetto, a participatory radio project.

Ghetto, a community radio station in the migrant workers’ slums in the province of Foggia. Gradually his own migrant status became his reason to stay. Since 2018 he has been collaborating with Asinitas in theatre projects. 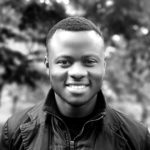 MAHAMADOU KARA TRAORE
Born in Mali, he landed in Italy in the summer of 2016. He attended Asinitas Italian language school and theatre workshop and performed at Teatro India and Teatro Tor Bella Monaca in the play Mistero Buffo, directed by Alessio Bergamo. He is currently involved in L’Ombra che ride, a theatre workshop led by Antonio Viganò. Since 2016 he has been part of Migrant Speactors and REdazione Meticcia projects. He works as a specialist labourer. 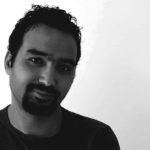 NOUR ZARAFI
Graduated from the National Academy of Dramatic Arts at Tunis University specializing in Acting and Theatre Direction, he worked as an actor and assistant director and has attended several research workshops on acting techniques, followed by workshops on “body, space and voice”, based on Stanislavski, Grotowski and Meyerhold, Peter Brook methods. He has participated in several advanced workshops with

Tunisian, French, English, German and Italian theatre directors (Moez Mrabet, Mounir Argui, Ghazi Zaghbani, Jaques Blanc, Alain Maratrat, Claudia Boss, Andrea Paolucci, Antonio Viganò…). In 2018, he won an one-year training grant at Accademia TeatroSenzaTempo in Rome. He has been involved as an actor with Tunisian and European theatre associations and companies and he won the best actor award in the Kairoua contemporary theatre festival in 2017. He has also participated in various Tunisian and Italian cinema and television productions.  He is currently living in Italy and he is also involved in cross-cultural mediation, art education and youth projects. 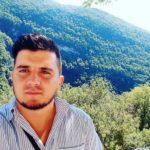 JULIO RICARDO FERNDANDEZ
Born in 1990, he graduated as a software engineer in Cuba in 2014. He worked for three years for a Software company as a programmer from graduation until leaving Cuba. In 2018 he came to know Rome, starting from Garbatella with the project Cassetta rossa, where Italian language classes for migrants are held. Later he met The City of Utopia where, together with the Italian SCI, he has been working as a volunteer in 2019. In the meantime, in 2019, he got to know Asinitas, in its Via Ostiense branch, where, besides cultures, languages, stories and people, he also got to know the Italian language school, theatre workshop and Spettatori Migranti projects. With Asinitas he performed at Teatro India “Chiamami x” the closing performance of 2019 workshop. With Spettatori Migranti he goes to Bologna on a ” review trip” to attend Granma, a show by Rimini Protokoll about Cuba. In the summer of 2020 he was a guest on Radio India. Today, during the pandemic, he is working as a car repairman, who has studied programming and who likes to write and talk about theatre. 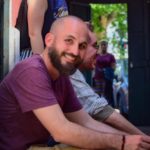 LUCA LÒTANO
A journalist and member of the Editorial Board of Teatro e Critica, he teaches Italian as a foreign language and supervises theatre projects at Asinitas Onlus. He works as Italian L2 teacher and cultural educator in shelters for political asylum seekers and SPRAR projects within which he developed the project Migrant Spectators/Social Actors and intercultural editorial staff for a critical view and civic awareness; he has also collaborated with RAI Radio 3 in the audio documentary Visions for its Three Pennies broadcast. He is involved in the Radio Ghetto project directing Radio Ghetto-Voci libere. 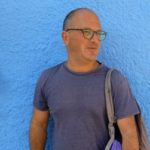 Born in Nola, he has been living in Rome since 2009. Graduated in Philosophy, amateur musician, since 2014 he has been teaching Italian L2 to adult migrants. He is currently working with Asinitas APS, as a teacher, coordinator of educational projects and social theatre workshops tutor. 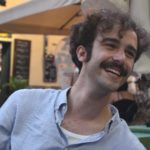 Let me introduce myself: I’m Matteo, I’m 21 years old and I’ve been living in Rome for two years. I am currently attending a Performing Arts and Sciences course at La Sapienza University and I work as a coordinator for Dominio Pubblico. If people would ask me what I believe in, I would answer like this:

“I believe in the miracles that people can perform.
Millions of kilometres to get to meet each other. To look into each other’s eyes, to clarify a mistake, for a gesture that will perhaps be the only one we will remember.