WORDS BECOME CRUEL TO ME 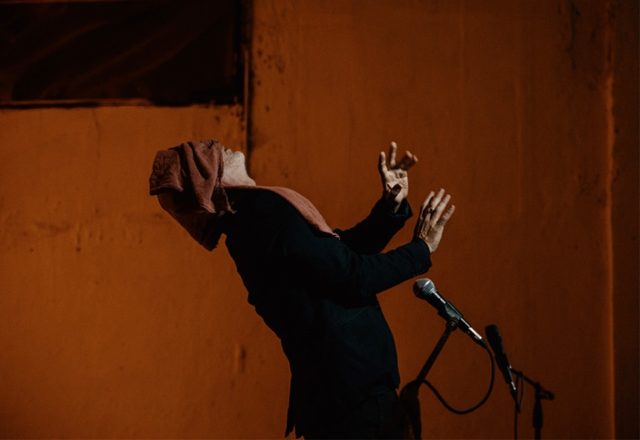 Second day of the festival Attraversameti Multipli. Between the shows of Kolektiv “Lapso Cirk” in Largo Spartaco and Roberto Latini‘s “I giganti della montagna” in Garage Zero, we gather around a table to have dinner with the editorial staff. Mahamadou Kara Traore talks to Ludovica Labanchi about words and languages, and while we’ re finishing our meal we hear him say: “every day, a word of my language dies”.
Kara is from Mali, he speaks Bambara, but he can also speak French. We all start to debate and after a long conversation, which I will treasure, we go down the ramp to Garage Zero. There, Roberto Latini is waiting for us with his words ripped from an unfinished script (here the story on Teatro e Critica).

How do you get someone who does not fully understand the language to listen to Roberto Latini? I am a bit worried, as it is often the case, when I sit down to watch a performance with a group of migrant spectators. I always hope that over and beyond language, aesthetics and research, theatre will somehow resonate with who we are. Then, the Mountain Giants starts. 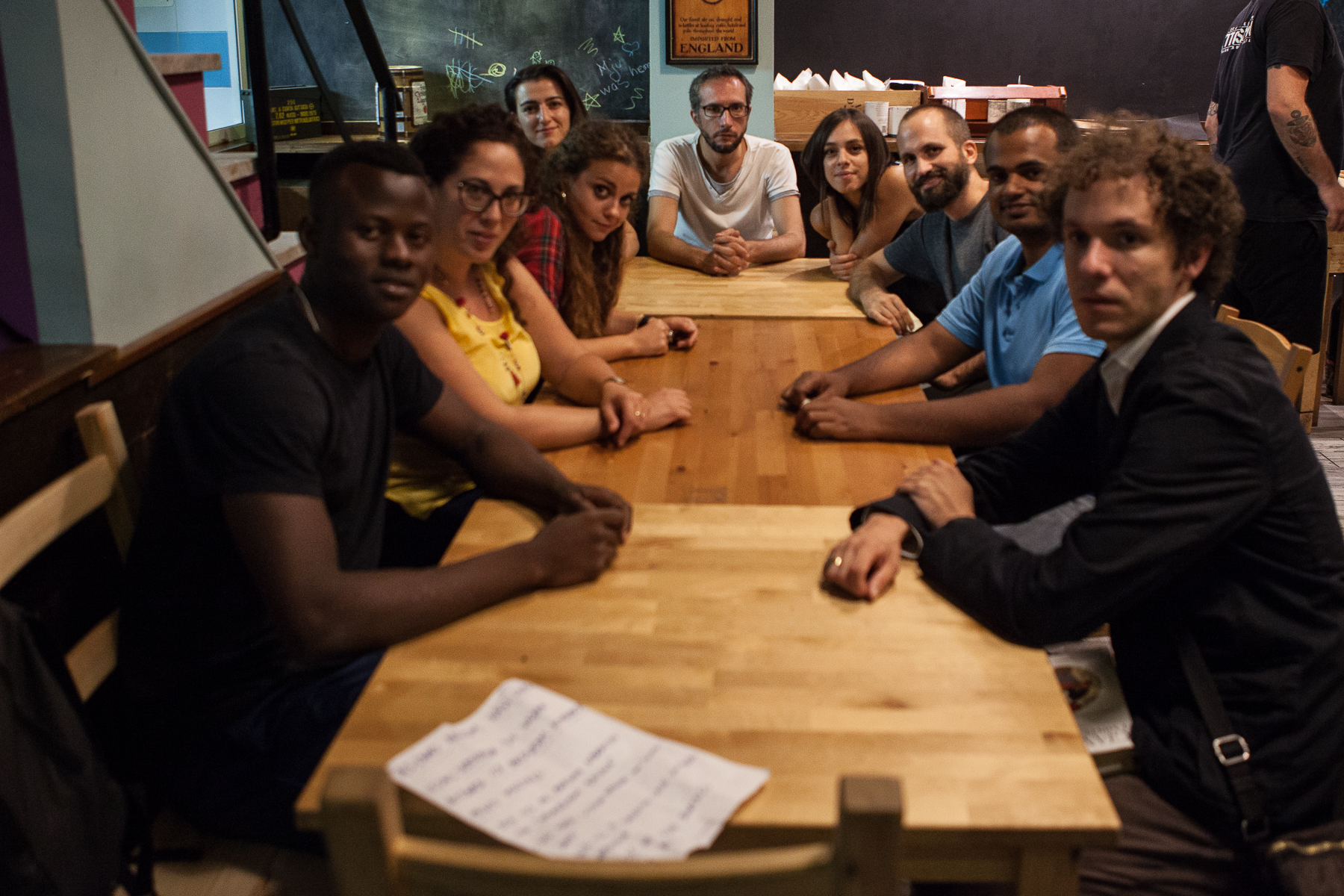 Every now and then I peek at the guys in the editorial staff; I know they are not all understanding the words, but they are there staring at that man who in the half-light explodes and hisses into the condensers of the microphones. I wonder what the key to this radio edit version might be for us, I wonder until the end, until Roberto Latini comes into the audience and his voice stays on stage, as majestic and solitary as a dolmen. – But aren’t you afraid? – On the scene only those five words, before darkness and applause, we are all there looking at them, including Latini. I rethink about the languishing words of Kara´s language. On the way out I resolve to ask him to dialogue with five phrases from the play, to talk to Pirandello about the voice he heard on stage and above all about his own. Three days later I receive a vocal from Kara, which goes more or less as follows. (Luca Lotano)

Listen, if you wish to listen.

The actor spoke in a strange way. That’s what I thought while watching the show and I couldn’t understand everything. Except for the beginning when he said: I am scared. I am scared. I am scared. It’s the man on the mountain. The loneliness. I felt something inside me then, I don’t know if it was fear. It made me think, we’re all just lonely.

Words become cruel to me.

What do you mean it’s not us, are you sure our bodies are still breathing?

If we let ourselves get caught – as indeed we did – it’s madness.

It moves me greatly when I see a child, a kindergarten child, speaking Italian. It makes me very emotional. He speaks correctly, because his language is the same both at home and at school, and he studies it, writes it, hears it, and he can learn it wherever he goes. At the same time it reminds me of when I was seven years old and while watching TV I heard very little in my own language; at school we spoke a different language, on the radio I heard yet a different language, as well as on papers. I never asked myself why, though, And nobody told me why it was that way. Gradually, as I grew up, I understood why it was so. However, sometimes you have to take the world as it is. And every day a word of my own language dies.

But aren’t you afraid?

I am scared. But I thank everybody, Multiple Crossings, my colleagues, I thank them all. Because here, so many people can express their opinions in different ways.
Mahamadou Kara Traore

At the end of the vocal, I feel as if I have also heard, in Kara’s words, Sujata Bhatt, the Indian poet, a native of Gujarar, who in her poems In Search of Language turns language into a living and dying matter, a thin diaphragm between the body and writing.

You ask me what I mean
by saying I have lost my tongue.
I ask you, what would you do
if you had two tongues in your mouth
and lost the first one, the mother tongue,
and could not really know the other,
the foreign one.
You could not use them both together
even if you thought that way you.
And if you lived in a place you had to
speak a foreign tongue
your mother tongue would rot,
rot and die in your mouth…
Sujata Bhatt