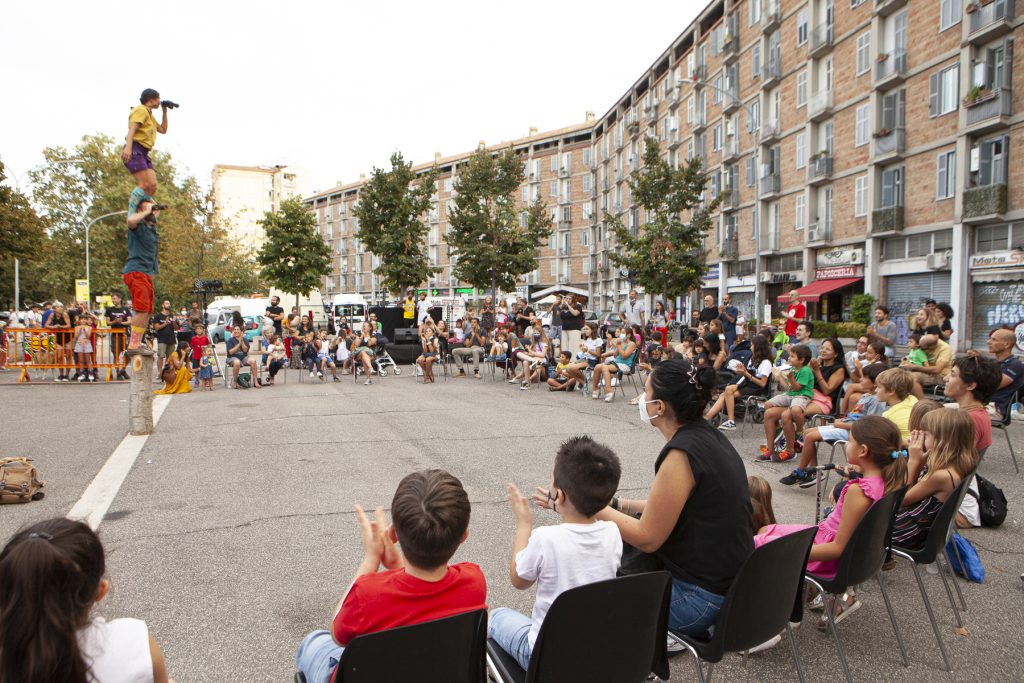 On 18 September in Largo Spartaco, Alice Gaia Roma and Damiano Fumagalli, with Francesca Musnicki’s music, shared their crazy bicycle journey in search of the only fuel that can drive our lives: Happiness. Rasoterra company enchanted us with the magic of circus, using humour and surprise stunts of two clumsy and funny circus performers, struggling to ride their bicycles.

We also joined in, with our worried, astonished sighs, as we saw them standing on each other’s shoulders, or through the children’s frightened, excited shrieks when Damiano pulled out a chainsaw to cut down the log on which Alice was standing, desperately trying to sing us a song.
“I’m afraid of heights,” I tell Ali and Barbara, who are there with me, along with other members of the Mestizo editorial staff, talking about what we saw. “I can only watch a show like this with one eye shut. At least at the beginning, then I understood that they would make it. Then I trusted them, I watched them, I let myself be carried away by their urge to fly. I had never seen a show like that”. 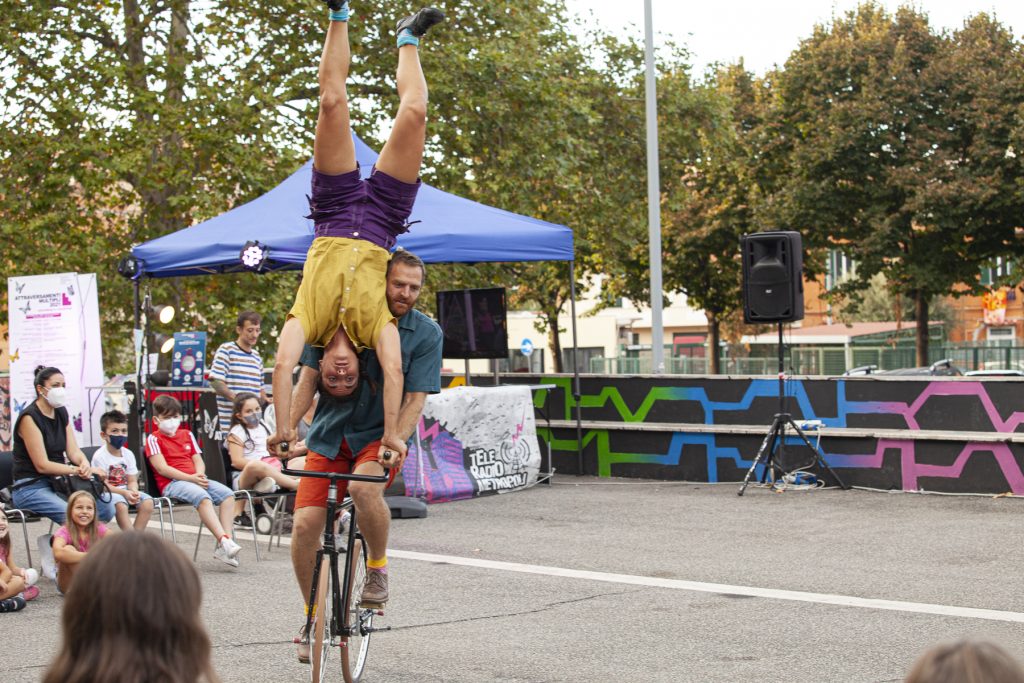 “A circus in Rome’s streets is a first for me,” says Ali, a Libyan student at Asinitas’ Italian school for foreigners and refugees. ” It is the first time I have seen a circus in my life, it is a lot of acrobatics and fun. In my country, for instance, there are different street shows, like car races and ball games. We have a horse festival and also a celebration of Arabic costumes, as well as street festivals and culture festivals in different towns. Each town presents its own things, its own costumes, traditions and foods. This is the kind of thing we have in my country, and I really loved it. I always went as a child when it was time, but the experience of watching circus in Rome is quite different. For me, it was like being in the old-time cartoons! It was a great circus and I would like to see it more often in the city.
” What impressed me most was the listening” says Barbara. “They were in complete harmony with the chaotic surroundings, aware of the noises of the street and the audience. Sounds, the occasional plane passing by, sudden invasions of enthusiastic children, everything was made part of the scene.
Alice standing on Damian’s full height – secured by his arms, stretched out to hold her feet – her eyes closed, her smile, her hands touching the sky as if to interfere with the seagulls’ flight in the distance… she was beautiful. That’ s what the children seemed to think… ah the children. Some of them shouted at the performers, encouraging them, some made suggestions, some jumped up and down on their feet as if they were flying like acrobats, some crossed the stage so often that they were literally flipped over by Damiano who, holding them by their feet, brought them back to their seats. 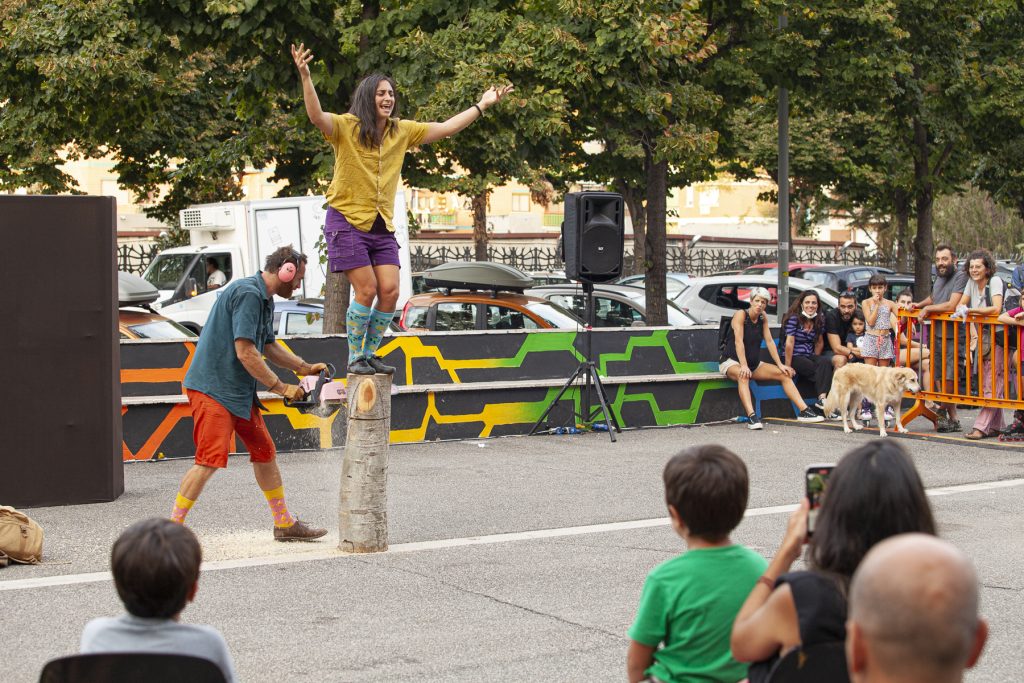 The kids really wanted to be there, with their bodies and voices. When the show was over and the artists had left the square, it was once again freely criss-crossed by children; some were running wild, others were jumping, a little girl was skating and jumping over an obstacle with a piece of the stage log. Who knows what they think, what they see. We get together and someone suggests asking them: let’s ask the children what they have seen! Barbara Ali and I get involved straight away, and together with Laura we head off towards the young interviewees. Ali and I on the right, Barbara and Laura on the left. The children let us get close to them right away, they want to talk, they are happy that someone is asking them questions. And so are we.