We asked Yoris Petrillo, performer of Animali | Margine Operativo, to tell us about the programme of 24 September at Attraversamenti Multipli in Somali.

Somalia is a young country, as we achieved independence from Italy and the United Kingdom in 1960. On 20 July 1961, Somali people approved it in a referendum. Since independence until 1991 we had only eight years of a government elected which set the country free. From 1969 to 1991, the country has been ruled by dictator Siad Barre.

With regard to politics, Somalia was already a country controlled by foreigners -Somalia was one of the stop-off points on the Silk Road that connected southern Europe to China- in terms of society and politics, because it has always been a colony in terms of trade. Later on Barré rose to power and kept everything under control in a dictatorial form, from 1991, when civil war broke out, until 2000-2004, from the Djibouti Peace Conference (2000), to the Mbagathi Peace Conference (2002) and the Kenya Peace Conference (2004), which also saw the participation of IGAD, the political and trade organisation of the countries of Africa’s Horn. Warlords agreed to form a transitional government, with Abdullahi Yusuf Ahmed as interim president and Ali Mohamed Ghedi as prime minister. Since 1991 it was chaos, the warlords ruled, in every neighbourhood or village there were armed groups ruling.

The Federal Republic of Somalia

On August 1, 2012, the National Constituent Assembly approved Somalia’s new Constitution, the result of an agreement between President Sharif Ahmed and Prime Minister Abdiweli Mohamed Ali. According to the UN, by the end of 2012, the central government controlled about 85% of the national territory, partly due to the reconstitution of police and army. In 2013, reconciliation negotiations resumed between the central government in Mogadishu and the northern region of Somaliland, which had been claiming independence since 1991. This has been a very difficult process, still ongoing. To support the restoration of authority process by the central State, 20,000 men of the peacekeeping operation African Union Mission to Somalia (AMISOM) are currently deployed in the country to fight terrorist organisations.
Somali is the spoken language of Somalia, which was first formally written in the 1960s. Previously, Somali was written in the Arabic alphabet, after that, it was written in the Latin alphabet. We still have plenty of Somali words derived from Italian. For instance, all the words in mechanics such as: key, pliers, motor… or even many household words, such as plate, fork, glasses; because we don’t have the corresponding words in Somali or else we are accustomed to using them. We always use “ciao”, but we write it with a J, it becomes “jaaw”. Even the word “boys”, I became aware of it after I learned Italian, we use it when we see a group of young people a little far away and we want to indicate “those young people” we say “ragaasi”. When our grandparents got angry, they used to swear in Italian but we wouldn’t understand them! 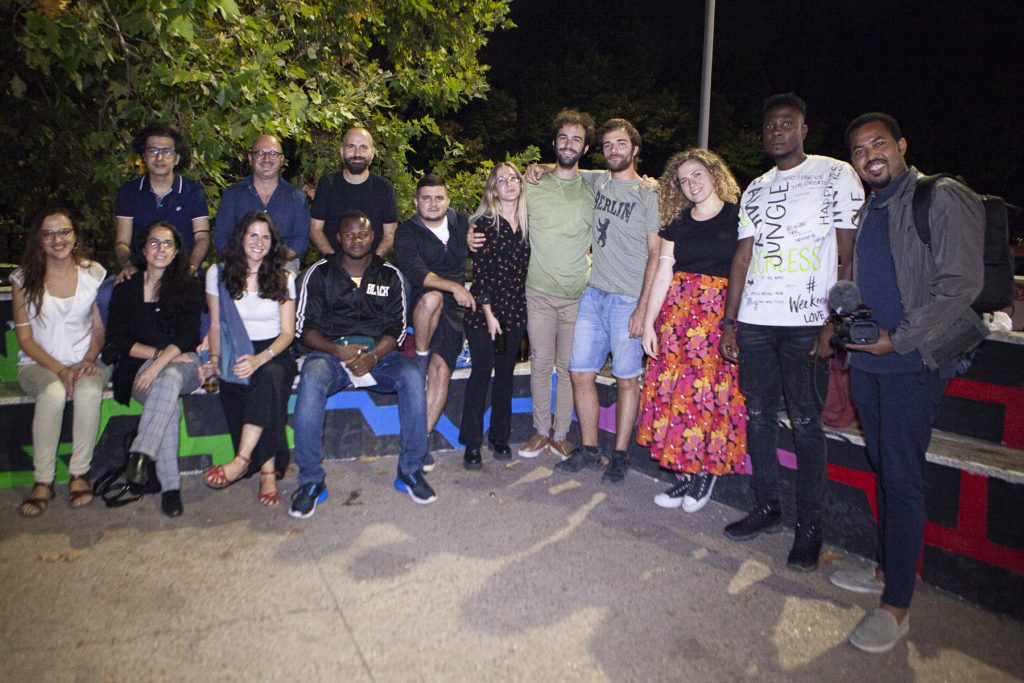 In Somali language vocabulary we use Italian words that have been “Somalised”, because we think they are Italian words, but then when we get here we get confused. Even when I use the word “fazzoletto” I often get confused, because I no longer know whether to say “soffɛletto” (as I learned it in Somalia) or “fazzoletto”. That’ s because over time we have changed these words a bit.
The current president of Somalia is called Mohamed Abdullahi Farmajo, known as Farmajo, a nickname that comes from the Italian word for cheese. Many food words come from Italian. The main dish of the day, for many families, is pasta. For us, Barilla is synonymous with luxury. Wealthy families in Somalia in the 1990s, during famine, used to eat Barilla pasta, so it’ s like a symbol that has stuck with us. Even today on Fridays, which is an important day, we eat pasta.
Un altro nel vocabolario somalo viene dall’arabo. Per esempio tutti i saluti, gli auguri vengono da lì. Poi in Somalia ci sono ancora oggi molte scuole coraniche, dove si studia principalmente in arabo, ma anche in inglese.
Da un altro punto di vista, secondo me, il somalo ha perso oggi il suo valore. Perché dall’indipendenza nel 1960, fino agli anni ’90, la cosa fondamentale che noi avevamo è che si studiava in somalo: la matematica, la geografia, la fisica, studiavi tutto in somalo.
If you required to study Italian, English, French or Arabic, you would study them as a foreign language. However, since the government fell, schools are no longer state-run but private, run by institutes from Arab or other countries, and Somali students are forced to study many subjects in English or Arabic. During the last three years of high school, all subjects are taught in English or Arabic. Somali is only maintained in the study of poetry and songs. The Somali language has no relevance today, it is only spoken at home, a few newspapers are printed in Somali, but it is no longer used in school