Animal visions of the human with Margine Operativo 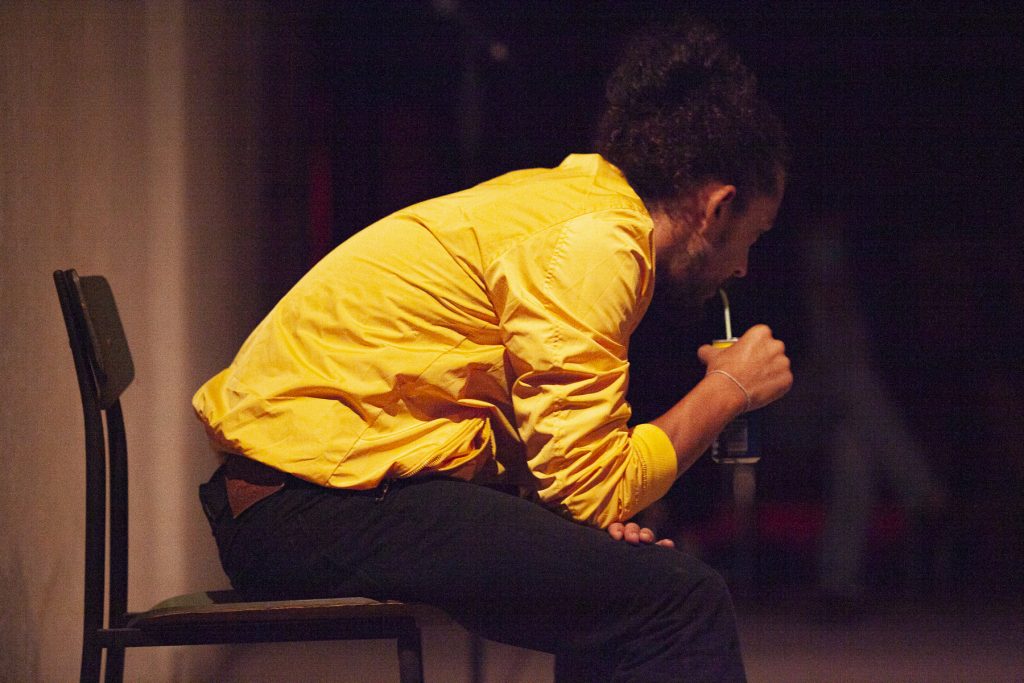 Human beings are weird. Margine Operativo, in the twenty-first edition of its festival, reconfirms its identity by staging a performance project conceived in cooperation with performer and dancer Yoris Petrillo. Animali is a site-specific performance staged in the interior of Garage Zero developed after reading Wajdi Mouawad’s novel Anima. It suggests exploring human society and its contradictions through a deeper and more intense – perhaps total – viewpoint, that of animals. On stage, equipped with just a chair and a microphone stand, the young performer dances and voices parts of this text: Human beings are weird… he points at us, judges us, goes through us. We the audience are the weird ones, we are humans and he is animals. The performance’s energy and dance intensity is what Yoris Petrillo and project director Pako Graziani tell us about.

Barbara Berardi: “Why did Margine Operativo choose to work on the text Anima by Wajdi Mouawad? Was the animal way of looking at our society important to you?”.

Pako Graziani: ” The book is a very complex thriller, from which we chose some fragments because this animal vision of the world of humans struck us, as a deep insight into its complexities and contradictions. Animali is part of a cycle of performances staged in recent years that have been structured on a similar basis, combining fragments of texts, performance and dance”.

Barbara Berardi: ” Why have you chosen Yoris Petrillo to perform this particular work?

Pako Graziani: “We seek to create a kind of expansion through performance, and Yoris, as well as being a performer, is an excellent dancer and actor. We required someone who could manage all the complexities and variations of the performance using different artistic codes. Although it’ s only a twenty-minute piece, Animali is the result of a very complex rewriting and elaborating process that took about a year of work and rehearsals”. 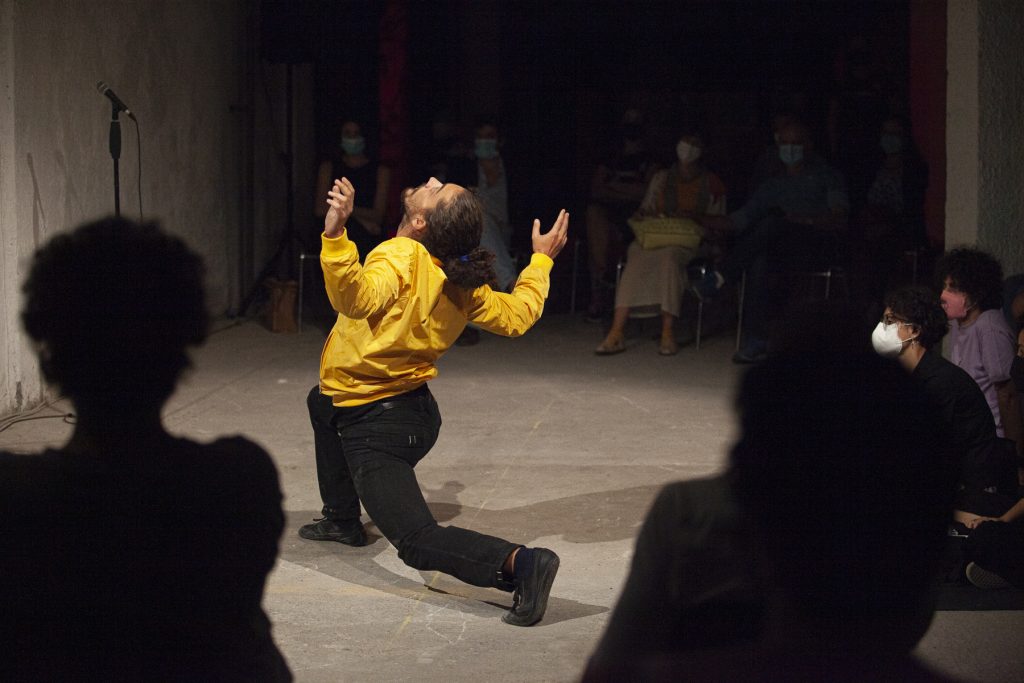 Barbara Berardi: “How did the collaboration with Margine Operativo begin, and how did you structure the work based on Anima?”.

Yoris Petrillo: ” My collaboration with Alessandra Ferraro and Pako Graziani began in 2009 to work on a text by Wu Ming; I was very young, only twenty years old, when we started our first production together. I have been lucky enough to participate in the Attraversamenti Multipli Festival on a number of different occasions, then last winter Pako asked me to work on this text and together we managed to merge words and movement. We worked on timing, on the several pauses between one movement and the next as well as their quality, and in general on how to manage the different parts of the three scenes that compose the 20-minute performance. Julio Ricardo Ferndandez: “How was it like for you to stage a performance focused on the animal point of view?”.

Yoris Petrillo: ” When I first read the text, I didn’t immediately understand it was written from the animals’ point of view, also because, on a first, superficial reading, it may just be seen as a book denouncing social exclusion. Upon a second reading, I became aware of this peculiarity, even though it is simply a different way of observing and judging our society. 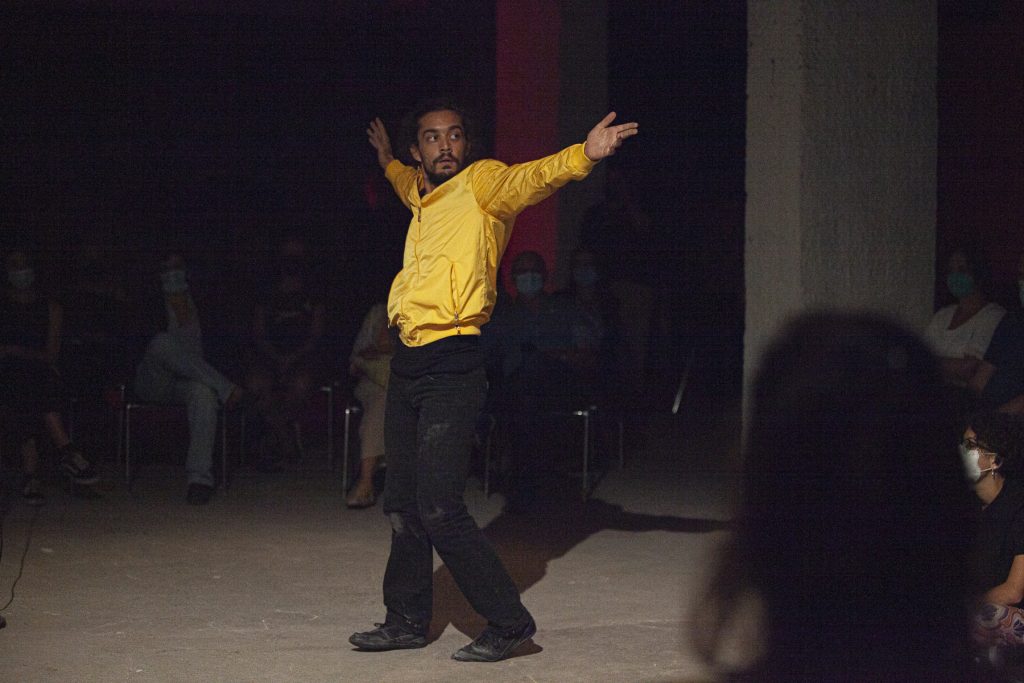 It was inspiring to discover our way of being together and approaching life as seen from the animals’ points of view. It was fun, during the performance I tried to identify with the diverse physicalities and ways of thinking of a monkey, rather than a mouse or a fish who live in different environments and situations.

So when I go on stage I try and do that little mind switch to see the audience as animals would see them”.

Julio Ricardo Ferndandez: “At the book launch of Attraversamenti Multipli 2001-2020. Un viaggio tra gli orizzonti mobili delle arti performative contemporanee, we heard you say how you miss watching performances in less ordinary environments such as the underground or on train tracks, practices that Margine Operativo has largely performed in recent years. Can you tell us more about it?”.

Yoris Petrillo: ‘Yes, that’s right. Also because this is how I got to know this festival; indeed, I have often been involved in events in which it is not the audience that comes to you, but rather the event or the company itself that comes into the public’s daily life. When the audience is getting off a train or sitting in a bar and a dancer, rather than an actor or a musician, shows up, it is the performance that becomes part of their life. The way of dealing with the audience is totally different, their reaction is much more spontaneous. They may be impressed, but they may also be frightened, which is not all bad, because fear can trigger a certain curiosity in people. As a performer, you have to be very focused and ready to accept this challenge, because people might not be interested in your work, which is also fair. 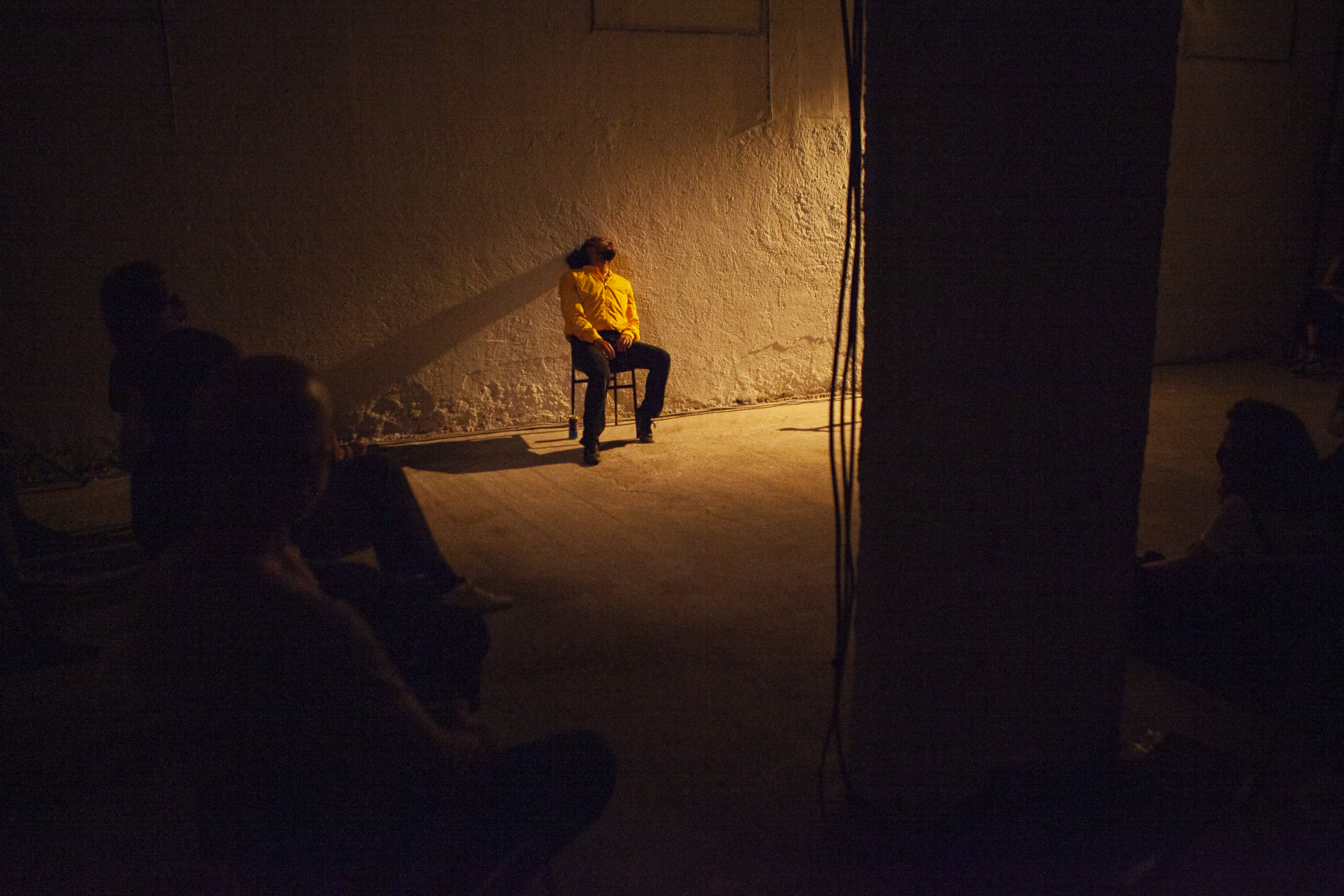