Reflecting the words of Militant A. The community rediscovering itself

A voice from the audience from La parola è la mia arma by Militant A and Alessandro Pieravanti. Contribution by Lapo Vannini, spectator 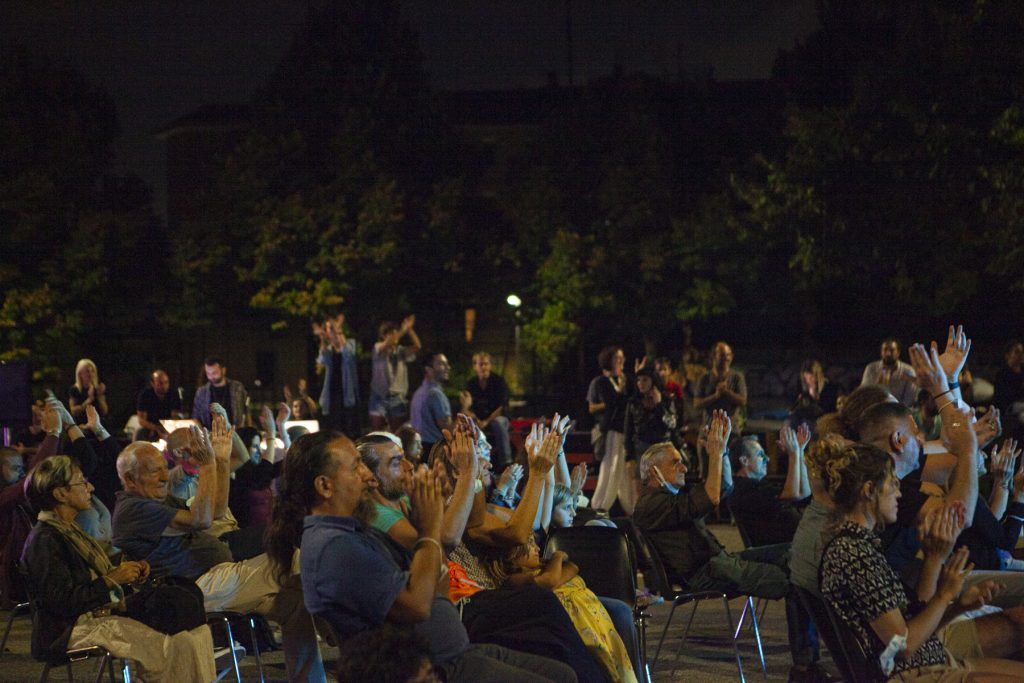 In 2018, at the beginning of Redazioni Meticce’s experience at the Attraversamenti Multipli Festival, we started the “sconfinamenti linguistici” (language encroachments) column. At the beginning we would try to stop people walking across Largo Spartaco during the festival, spectators, and ask them to read the next day’s programme of performances in a language very far from Italian but still spoken in Rome’s streets. That column eventually had a long life, but on the first day we were excited to discover what the people we stopped would say. One of the very first person we stopped was Lapo Vannini.

I still didn’t know that besides being one of the Quadraro’s residents and a Festival spectator, he is one of the educators, a teacher of Italian for foreigners, with whom I would cross paths in the following years. That day Lapo agreed to our request, reading in Mandinka language the programme of that 16 September 2018. (here, the video Attraversamenti Multipli in Mandinka language)

This year we meet Lapo again at Largo Spartaco. We meet him on the evening Militant A of Assalti Frontali and Alessandro Pieravanti of Muro Del Canto are addressing the square during the concert show La parola è la mia arma. The next day I see a post on Lapo’s Facebook page echoing Militant A’s words, so I ask Lapo to try and elaborate on that post, and four years on from that September 2018, we host him again on the festival’s blog; again, armed with the weapon of words generated by Attraversamenti Multipli. 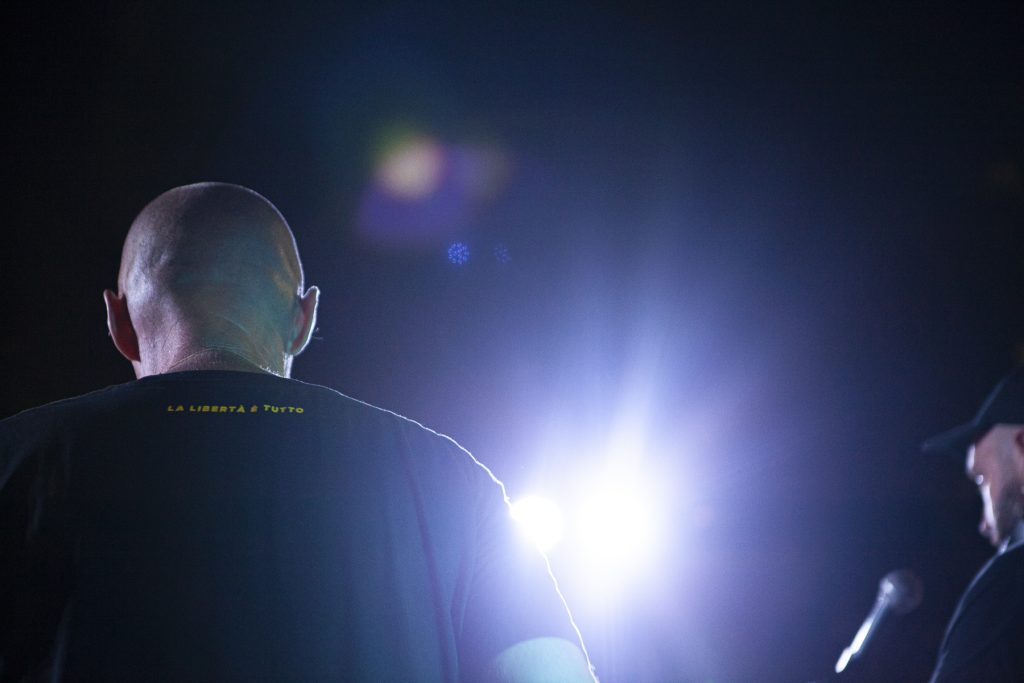 Sometimes I feel like I can perceive a concealed and largely unspoken sense of loneliness in people’s behaviour, but I am unable to assess whether this is a figment of my imagination or a reality. What I refer to is not a solitude due to a lack of social relations or a lack of bonds of affection, rather a sense of meaninglessness. As if, coming to a given spot on our path, basic signposting disappears and we lose our way. Being part of a political movement, a religious community, a group of friends or a work group, is very supportive, but there is also something beyond that context where serenity is needed too. Militant A begins his talk at the Attraversamenti Multipli Festival in Il Quadraro neighboroud, explaining that we won’t be saved by Draghi, Gelmini or institutions in general: ” we must save ourselves, by building community”. I immediately felt the quality and value of that phrase in that particular context. Militant A has been bringing rap into schools, he is one of the conductors of the Matemù Cies rap workshop; building up a learning community is the purpose of educators who understand how important group work and cooperation are in the learning process. Nothing new in that, it is all stuff we already know and that many of us put into practice. Being part of a community is a key step in the pursuit of happiness, but how do you build a larger community in a neighbourhood that is itself made up of many small communities, perhaps walled off or closed to each other? How do we overcome competition, categorisation into opposing groups, which we are forced into?

Children do it themselves, they experience everything in a much more natural way, but as adults we find it hard to let go of our convictions and get closer to others, including them in our emotional and relational world – accepting them as they are, with all their diversities and convictions, which may be quite different from our own. 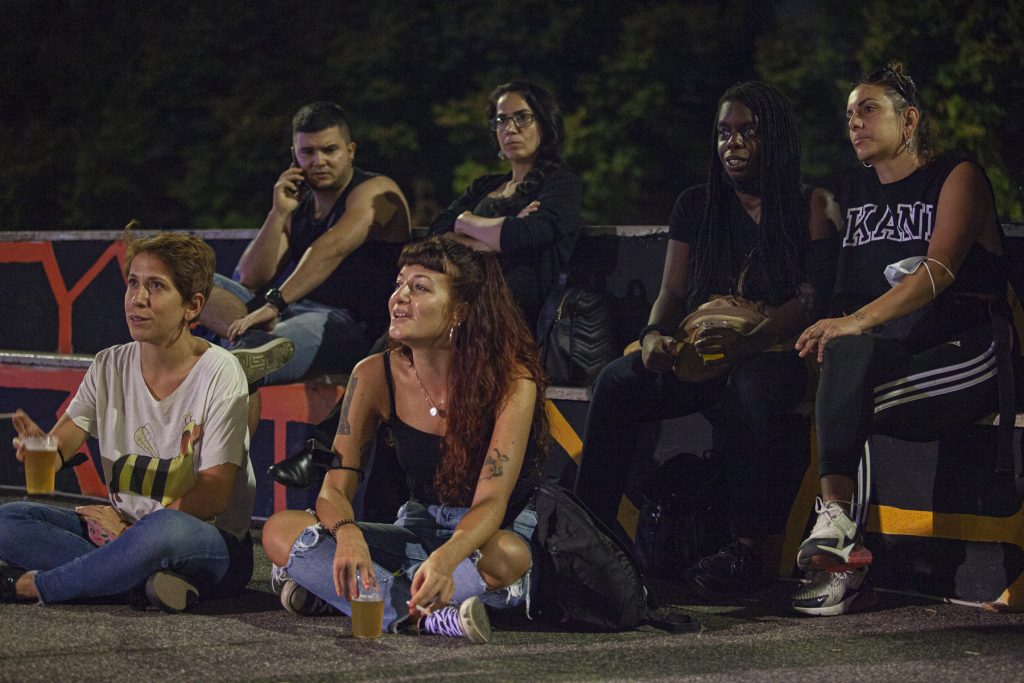 Starting from that evening’s suggestion, I think that an urgent task to be carried out is to network together all those different communities living in the same neighbourhood, to work on the differences, to try and explain them, to increase the participation and dialogue of as many people as possible. A sustainable synthesis for greater influence in decisions of common interest needs to be found. The well-being of a neighbourhood and of a town should also be measured by the ability of the different communities living in it to relate to each other, to create opportunities to meet and face common challenges by seeking solutions together. This is about democracy, but also simply about listening and welcoming. It is our job to mediate in situations where we are willing to act as active citizens.

For a few years now, something has been happening in Largo Spartaco during Attraversamenti Multipli in September: once the summer holidays are over and the school year has started again, different communities cross the square; some of them live there, some just happen to be there, others are interested in what is happening there. Part of the neighbourhood meets up again in the square at the start of a new winter cycle. So people meet, greet each other, have a chat, watch – or don’t watch – what is happening in the centre of the square, and in some way, more or less consciously (or simply perhaps), they identify themselves as a community. It is an input, a spark, a drop in the ocean as they say but it is still action. Then we can find threads to hook up to other similar paths and give it continuity. 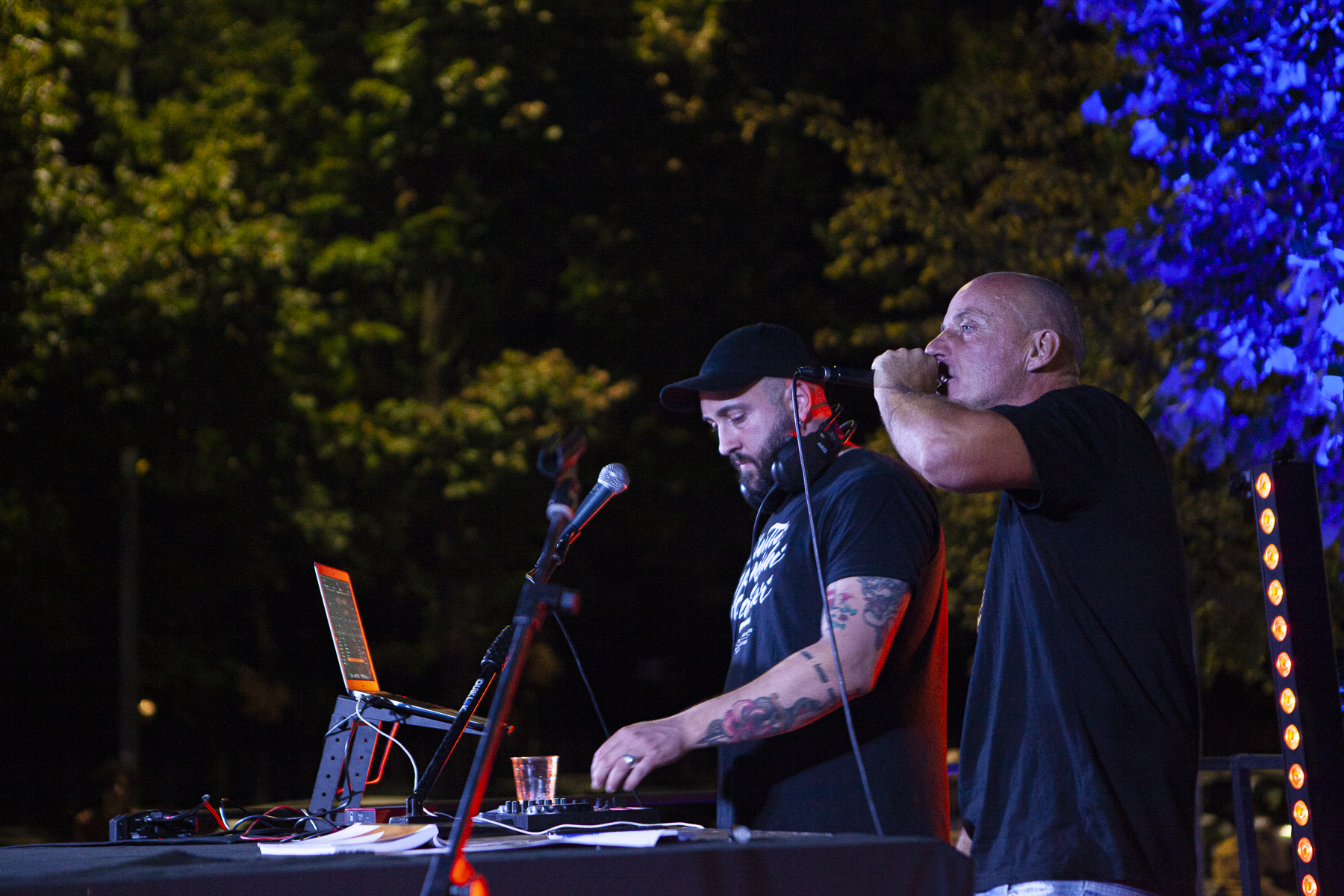