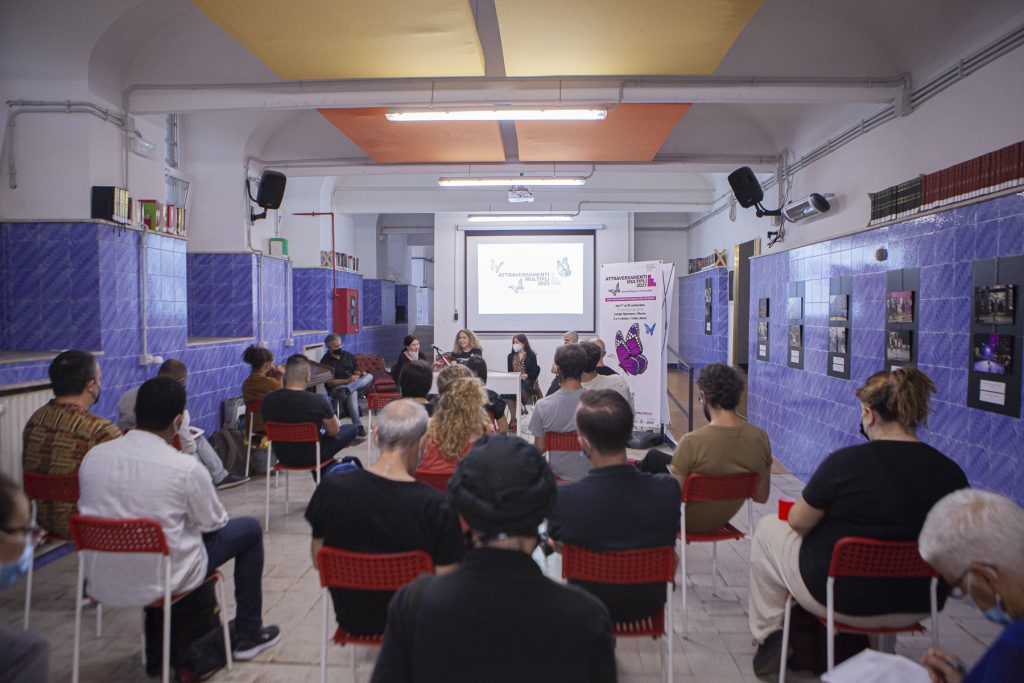 Thursday 23 September, meeting at the Cittadini del Mondo Intercultural Library. This is how the second week of the 21st Attraversamenti Multipli Festival begins. Twenty-one years is a long time, and few other festivals in Rome have lasted so long. After all, if we are in the Intercultural Library it is precisely for this reason, for the presentation of the book Attraversamenti multipli 2001 – 2020. A journey across the changing horizons of contemporary performing arts, edited by artistic directors Alessandra Ferraro and Pako Graziani and published by Editoria & Spettacolo. We eagerly listen to the many contributions, with Alessandra and Pako alternating with Maximilian La Monica of Editoria & Spettacolo, Letizia Bernazza of Liminateatri, Renata Savo of Scene Contemporanee and Luca Lotano of Teatro e critica, coordinating Redazioni Meticce. Together they consider the precious testimony provided by the book’s narration: a free, choral narration, in which Alessandra and Pako’s words are followed by those of the many viewers who, over the years, have attended the Festival. What most stands out is the artistic-political commitment that the Festival has taken on over each of the reported 20 years, by populating public spaces and increasingly engaging local communities. 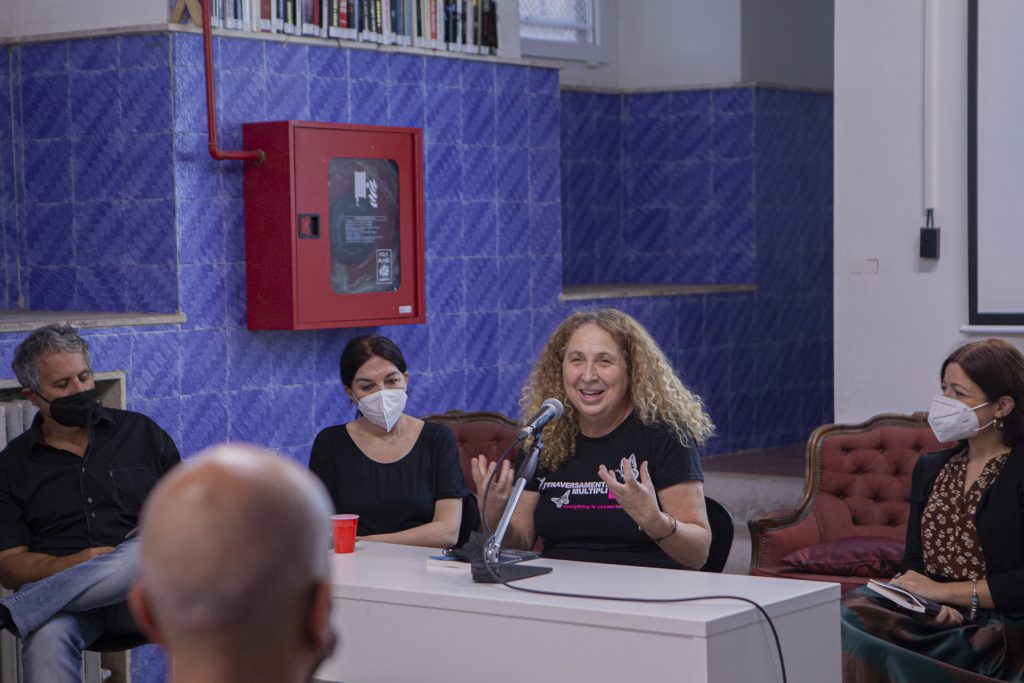 In the meantime, we take the opportunity to leaf through a copy of the book. What immediately stands out are the photos illustrating the Festival’s history, bringing us back in time and making us watch in our imagination one or another performance. These same photos are hung on the sides of the hall where we meet, also part of the parallel Photo Exhibition Atti performativi e spazi metropolitani – Attraversamenti Multipli 2001 – 2020. The book cover itself, echoing the theme of travel, shows a train towering over high mountains, carrying who knows who and going who knows where.

We hardly know anything about the first steps of the Festival since 2001 – we will certainly learn more in the next few days after reading the book – but we certainly know very well that at some point that train, headed who knows where, went through different places and spaces in the metropolitan areas of Rome, Genoa and Naples and came ( temporarily?) to a stop in the capital Quadraro neighbourhood. Not before having physically and acoustically invaded the Roman metro network – we are literally hanging on Alessandra’s every word as she tells us about the radio “invasion” which resonated throughout the Metro A line for a whole night. Since 2017 Attraversamenti multipli has stopped being a nomadic festival and has sunk its roots in Largo Spartaco and its surroundings, involving not only the metropolis but also the entire local population, thus tuning in to the neighbourhood’s different entities, such as GarageZero, Spartaco Social Centre and the Library itselfThat’ s precisely when Redazione Meticcia Re.M was established! 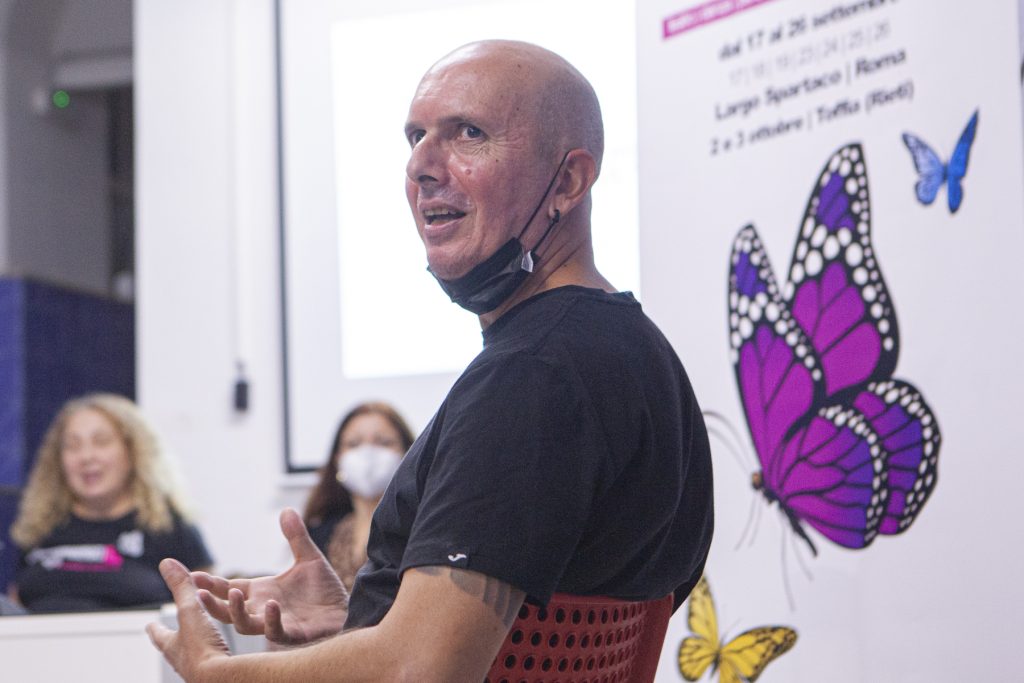 We know this last part of the Festival very well, since we have fully participated in it over the last four years. We are surprised to discover that, in a way, we too have contributed to its history, with our stories, accompanying the Festival’s events year after year. We have attempted to capture its soul through our own mestizo experience, constantly enriched by exchange and dialogue both with the artists and among ourselves, each of us coming from a different country and culture. It is no coincidence that one of the final chapters of the book is indeed on our Re.M. experience. All the more intrigued now, we asked some of our old timers , Mahamadou Kara Traore, Maki Hafiz Esan and Julio Ricardo Fernandez to share with us what it was like and what it meant to them to be part of Multiple Crossings in the past years here at the Quadraro, from 2018 onwards.

Mahamdou Kara Traore: Every year you meet new people and discover a great diversity of artistic proposals. Sometimes you see performances that are similar but you may not like so much, sometimes you watch performances that are wonderful. Every moment of the Festival over the last four years has been special for me, but if I am to mention one performance that struck me more than the others, it was Roberto Latini’s The Mountain Giants. I understood very few words but it still had me hooked from the very first to the very last minute (here, Mahamadou Kara’s story from 2019 Words become cruel to me [ed]).
Maki Hafiz Esan: I first came to the Festival for fun, just because I loved watching performances. The most memorable time I recall is in 2018, when at GarageZero we attended the performance No, we will not destroy Garage Zero by Collettivo Cinetico . That dance, so liberating and energetic, really struck me.
Julio Ricardo Fernandez: A performance in 2019 made a deep impression on me. The artist was Ivàn Benito and the site-specific dance performance – as part of the European project “CONTACT ZONES_performing arts in urban spaces – was called Galàpago. 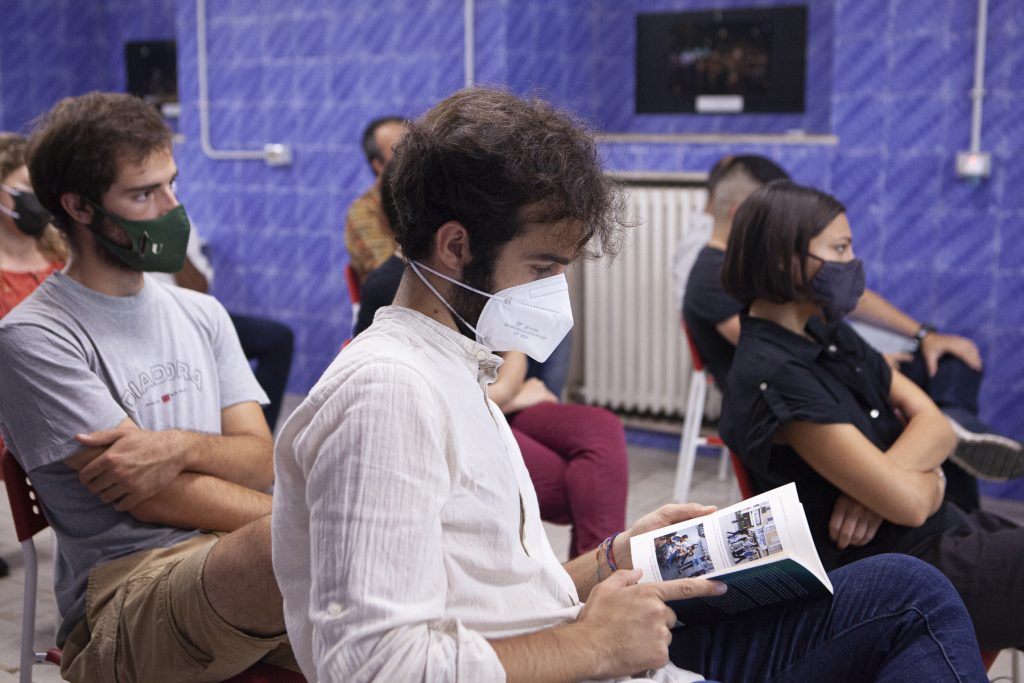 He used the whole square, rolled on the ground, climbed the walls… Fantastic! (here, Julio’s own interview with Ivàn Benito in 2019 [ed.]).
On a more general note, I love the moment when I get out of the underground and each time I hear the music on the way to Largo Spartaco.

Did you know the Quadraro neighbourhood before your experience at Attraversamenti?
Mahamdou Kara: I had passed by the Numidio Quadrato station many times before the Festival, but I never got to know the neighbourhood. I didn’t know there was a square called Largo Spartaco, or that the big building facing the square is called a boomerang because of its shape. The Festival made us discover these things. To be honest, I never pass by this place during the rest of the year, except in September when Attraversamenti Multipli is on.
Julio Ricardo Fernandez: I would never have known Largo Spartaco without the Festival. For someone who didn’t grow up in Rome, I think it’s very interesting to discover that the city doesn’t just have a centre, which everyone knows about, with lots of tourism, the Colosseum, the Fori Imperiali or Piazza Venezia. No, there are also its many neighbourhoods, and life there is very different. I learned this here in Largo Spartaco.
Maki Hafiz Esan: I didn’t know the neighbourhood before either. It was fun to participate and every night there were so many people laughing and joking with each other. Thanks to the festival, I learned that every neighbourhood in Italy has its own history and its own way of having fun.
The first time you attended, what were your expectations about the Festival?
Maki Hafiz Esan: Before the Festival I had a rather harder time dealing with Italians, participating in the Multiple Crossings Festival has been one of those experiences that helped to give it a chance, greater confidence, in my relationship as a “foreigner”.

Julio Ricardo Fernandez: I had in mind a somewhat stereotypical image of the Roman suburbs, which I thought were dirty and dangerous. I discovered that this is not the case. 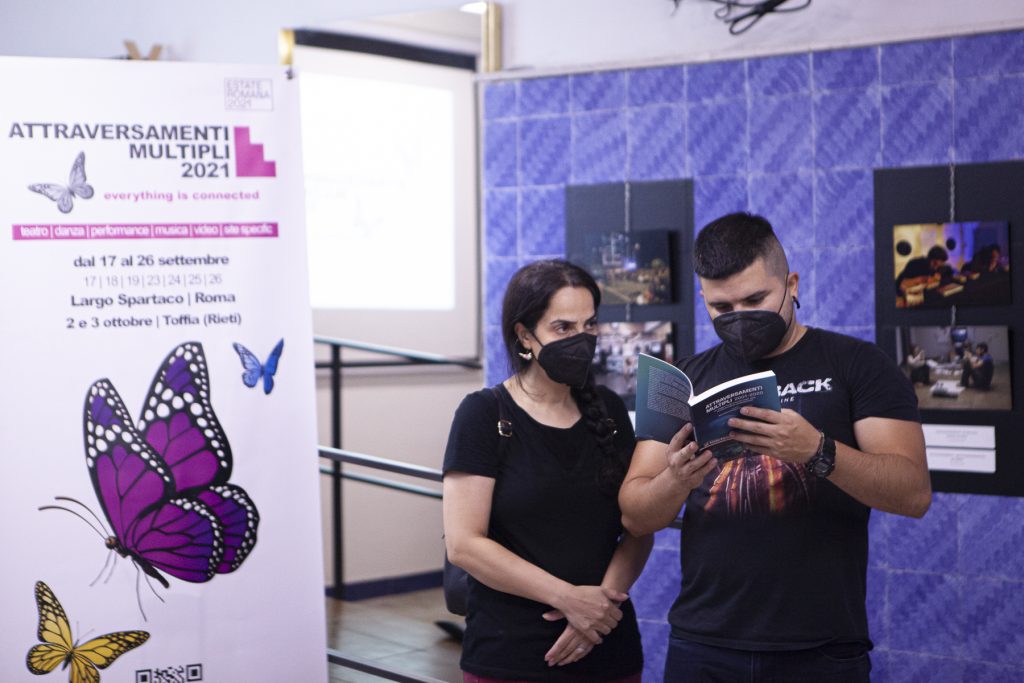 Mahamdou Kara Traore: When they told me there was the festival, in 2017, I was in the reception centre. Before that we had also gone to another anti-racist festival, in Bologna. There was football, there was music until late in the evening, and there were a lot of people from so many nations of the world. Coming to Attraversamenti Multipli, I expected another kind of festival, where there was just one thing and that was it, like music. But at the beginning it seemed strange to me to find so many different shows all put together, then with time I realised that it was a mix of different things and that was why it was good. Even now, the two words Attraversamenti (Crossings) and Multipli (Multiples) make me think about all the things in the Festival. They could mean crossing more diversity, perhaps.

What motivated you to join in?
Julio Ricardo Fernandez: The high degree of social interaction that I always experience with my friends. Being and thinking together.
Maki Hafiz Esan: For me too, and also the performances!
Mahamdou Kara Traore: I find writing and reading the articles by the editorial staff always great. It’s a great way to tell about the Festival. They make you think. Every single detail may have a deep meaning. I love performances, and I know that behind every performance there is someone who wants to tell and communicate something to me. This is what makes me so curious and motivates me to come back every time.