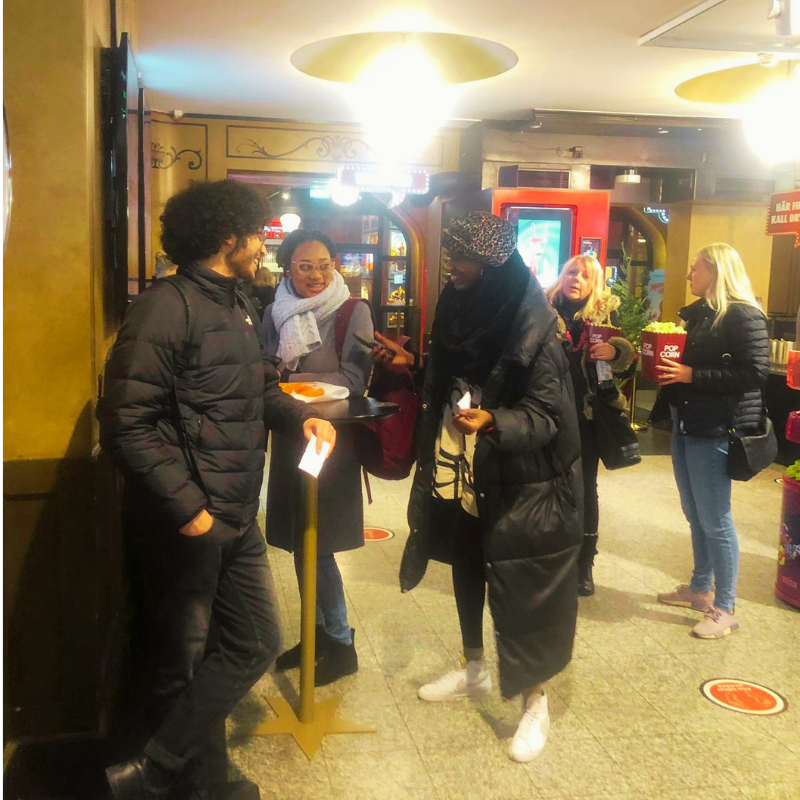 Mobilizing Expertise is sharing their experiences, thoughts and emotions gained for the Migrant Spectatorship project. We went to the theatre in Lund to watch the film Emigrants (“Utvandrarna” 2021). The plot evolved around a Swedish family back in 1850’s that was leaving Sweden and immigrating to the US to escape poor farming conditions, privations, social and religious persecution happening in Sweden, at the time. It can be noticed that there is a great contrast between the past emigration out of Sweden and the prevalent immigration into Sweden that we see nowadays. We can clearly see shared common realties of the past with the current immigration crisis.

There were 9 participants that attended the show, all coming from different backgrounds, ages, and language proficiency. The film was in Swedish and some of us were able to understand while others, not knowing Swedish at all, could only understand partly. This gave each one of us a different perspective and understanding of the film.

Before seeing the film, we all shared our expectations and feelings about what we were going to see and the general topic. After the film we then shared what we thought, what we felt and compared the expectations we had before with our experience and feelings after seeing the film. This spectatorship also gave us a great empathy of what happened in history and what both the emigrants and immigrants face when it comes to language difficulties.  Since we were also all immigrants in Sweden, we could all feel a certain amount of sympathy and understanding of how they felt and how a language barrier can be a huge problem.

The participants were asked a few questions about the movie:

1.Did the film meet your expectations? Did you like it overall?

What did you like best about the movie? Why?

2.Did you notice the effect of the music in the film? Was it just helping the flow of the

film or did it have a deeper meaning? (Associated with feelings)

3.Did you see the metaphor of the tree? What do you think it represents? (personally)

4.Sweden nowadays is a common destination for many immigrants, but in the years

biased view on immigrants portrayed in the film. Do you see any parallelism with

nowadays or with more recent years? Expand on this.